The Toronto Blue Jays and New York Yankees will play in the second game of their series on Saturday afternoon.

Yankees starting pitcher Domingo German was on point in the series opener on Friday night.

German allowed no runs and struck out seven batters over six innings of work for the Yankees in a 4-0 victory over the Blue Jays.

DJ LeMahieu had an RBI groundout in the bottom of the fifth inning, which was later followed by a three-run double off the bat of Edwin Encarnacion, scoring Aaron Judge, Gary Sanchez and Aaron Hicks.

German improved to 11-2 on the season with the win.

When is it? Saturday July 13th

Where is it being played? Yankee Stadium

Which channel is it on? YES Network

The Blue Jays will look to bounce back on Saturday afternoon.

Aaron Sanchez was on the mound for the Blue Jays on Friday. He allowed four runs on seven hits and struck out two batters over five innings of work in the loss.

Sanchez now has a 3-13 record on the season.

The New York Yankees are giving the Blue Jays 1.5 runs in this baseball game.

Look for the Yankees to continue their success against the Blue Jays in this one.

The Yankees have won 17 of 21 games and they currently have the best record in the American League at 58-31.

The over/under in this matchup is set at a total of 8.5 runs.

Take the over in this baseball game.

Where the game will be won or lost

Richard has a 1-5 record with a 6.23 ERA so far this season. He is winless in three career starts against the Yankees.

New York, on the other hand, will roll with southpaw J.A. Happ.

Both starting pitchers have high ERAs, so which ever one is better on the mound on Saturday will more than likely lead their team to a big win. 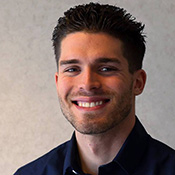